Photo booths are great way to keep your guests entertained and provide you (and them) with lasting memories of your special day. San Diego Style Weddings has the 411 on this new trend!
The New Photo Booth
Modern, Professional and So Much More!
Written by Kristen Castillo
Photography by Tangerine Tree Photography 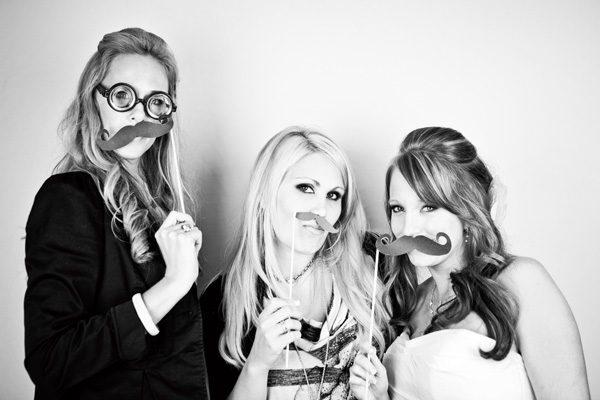 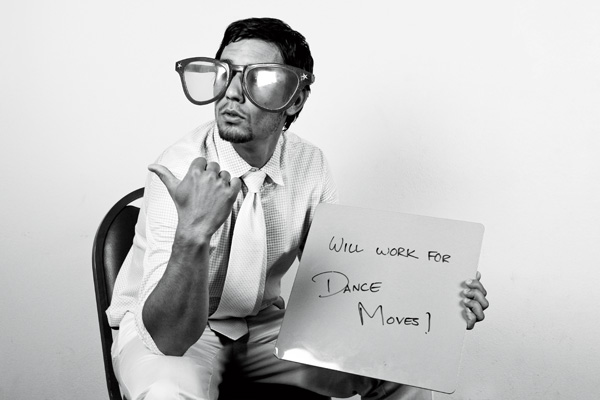 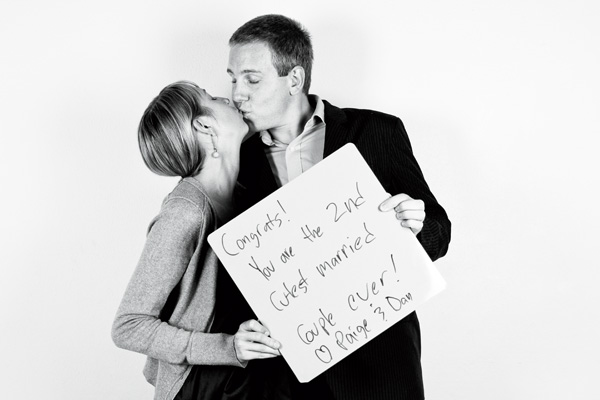 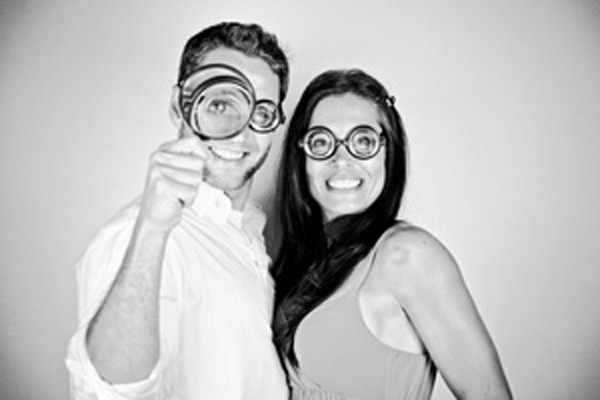 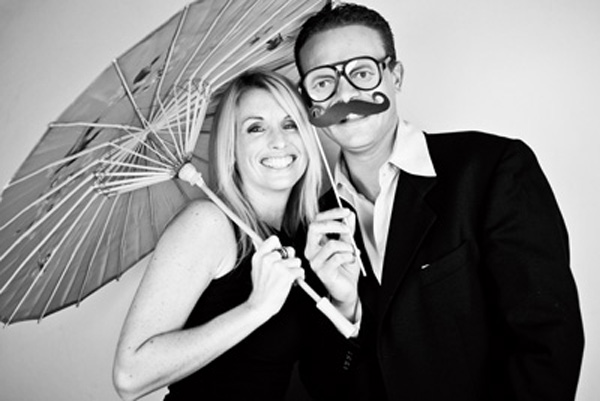 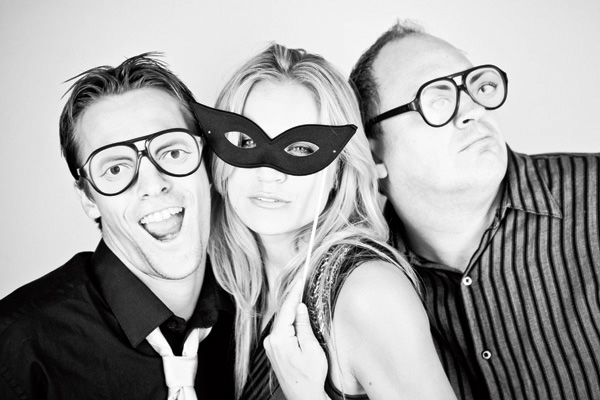 When you think of a photo booth, you may instantly think of a mall kiosk or a booth at the county fair where you pay a few bucks for a few strips of cutesy photos.

Now think of that service at your wedding. Not so appealing, right? Well think again. Professional photo booths will impress you and your guests in a big way.

“The printers are advanced and produce photo lab quality on the spot,” says Andy Hagenah of Starlight Photo Booth.

Photo Fun
Michael and Denise Gunter of The FotoBox know firsthand how much fun photo booths can be at a wedding. They started their own photo booth business after looking to rent one for their wedding.

“I did not like the quality of the prints,” says Michael Gunter who built The FotoBox photo booth for use at his wedding. The concept had great quality and wowed guests.

“It was fantastic. Everyone loved it,” says Gunter whose FotoBox booth is auto-customized so the bride and groom can record their voices prompting their guests to take the photo.

A photo booth can be a great way to give your guests something to do throughout the event. It’s especially nice during the cocktail hour when brides and grooms are often taking professional photos with their wedding party.

“It’s something fun and gives the guests a way to break the ice,” says Gunter.

Tim English who runs Starlight Photo Booth with Hagenah agrees. “It gets guest interaction going,” says English. “You get people teaming up for guest shots. It creates great buzz in the room.”

Guests come back again and again to shoot more photos and that’s fine with the pros who run these booths.

“It becomes quite the party.  It becomes its own mini event,” says Kaiser, noting his booth often shoots over 1000 images during a wedding. “The fun of it is people being wild and crazy.”

Traditional vs. Modern
Traditionally photo booths are small, cramped and limited to a few people. But newer booths are bigger even if they’re a booth style with a seat and a curtain.

The big change is evident with the new style of open layouts which can be customized with backdrops and can accommodate lots of people.

“Our photo booth is huge,” says Gunter. “It’s roomy – not two people squished! We’ve had 10 people in one picture.”

Since these new layouts are not hidden by a curtain, the photo shoot is on display.

“It’s fun, open and everyone can see what happens,” says Kaiser who finds many guests want to use a wireless trigger to shoot the action photos, especially those photos that are used to animate a sequence such as dancing or making faces in the photo booth.

Photos can be shot fast and print even faster. Images print in less than 10 seconds. Most booths offer the option for guests to email themselves the photos and post them to Facebook as well.

Photo booth images make for great wedding favors. And in many cases brides and grooms are using photo booth pictures as an image-based guest book.

“Brides want to fill up their guest books,” says Hagenah noting guests can glue the photos into the book and write well wishes next to the pictures. “We do unlimited reprints, plus the guest gets a copy of the photo and the bride and groom get a copy too.”

Some photo booths like Starlight Photo Booth also give couples a thumb drive with all the photo booth images from the wedding.

Booth Options
Brides and grooms have lots of control over what they want in their photo booth images, including choosing color, black and white images or both.

“I think color is by far the most popular,” says Hagenah.

One big choice is whether or not to have props, like hats, wigs and glasses, for guests to wear for the photos.

Props “are fun and creative,” says Gunter who notes guests posed in fire hats at a firefighter’s wedding.

Some photo booth professionals recommend breaking out props after guests have already taken one round of photos. The first round can be sweet, while subsequent photos can be sassy.

Plain backgrounds are the standard but customization is an option too.

“Our designer can create a custom backdrop. They can literally do anything,” says Kaiser who explains how the designer created a custom background of silver and gold streamers for a New Year’s Eve party.

Some photo strips have three or four images; some are 4 x 6 and others are 5 x 7. When it comes to photo card designs, couples can choose custom layouts too, such as including text such as “Danielle and Mike’s Wedding” as well as their engagement photo. All features can be turned on or off, depending on the bride and groom’s preferences.

More Than Photos
As if professional quality images of guests at the wedding aren’t enough, now brides and grooms can often get video messages too.

Starlight Photo Booth’s “Galaxy” photo booth can make a 30 second video of each guest addressing the bride and groom.

“Guests might just say ‘Hi’ or leave a fun message,” says Hagenah. “If they’re camera-shy, they can opt out. It’s a choice.”

All of the videos go into an edited movie file which is given to the couple at the end of the wedding.

“The video is huge,” says English. “Brides are blown away that we can have that done.”

Booth Logistics
Most photo booth rentals have a three to four hour minimum with unlimited photos.

You get the booth, props and an attendant who’s with the booth at all times. That attendant keeps the booth running smoothly and can even help guests scrapbook their photo into the guest book.

Believe it or not, the booth will probably stay busy throughout the party. A line may even form from time to time as guests visit the booth more than once. That just means everyone is having a great time which they want to capture on camera. Say “Cheese” and smile!